During a free walking tour organized by Larnaca Tourism Board, I had the privilege of meeting several prominent sculptors, painters and craftspeople breathing new life into the city’s most historic neighborhood.

This area, located in the heart of Larnaca, was once home to the city’s Turkish Cypriot population until most fled north of the island’s dividing “Green Line” after Turkey’s invasion in 1974. Because of the complicated history, architecture of this tangled maze of white-washed walls and green and blue shutters fronting the sea has remained mostly untouched. 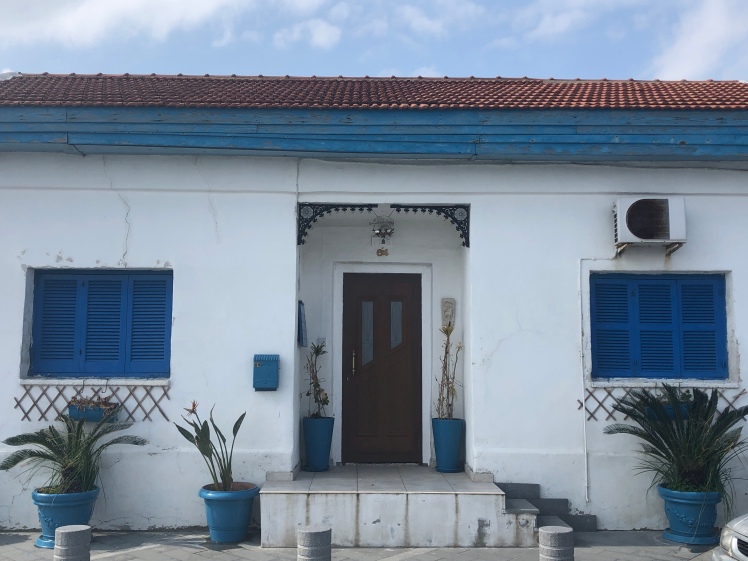 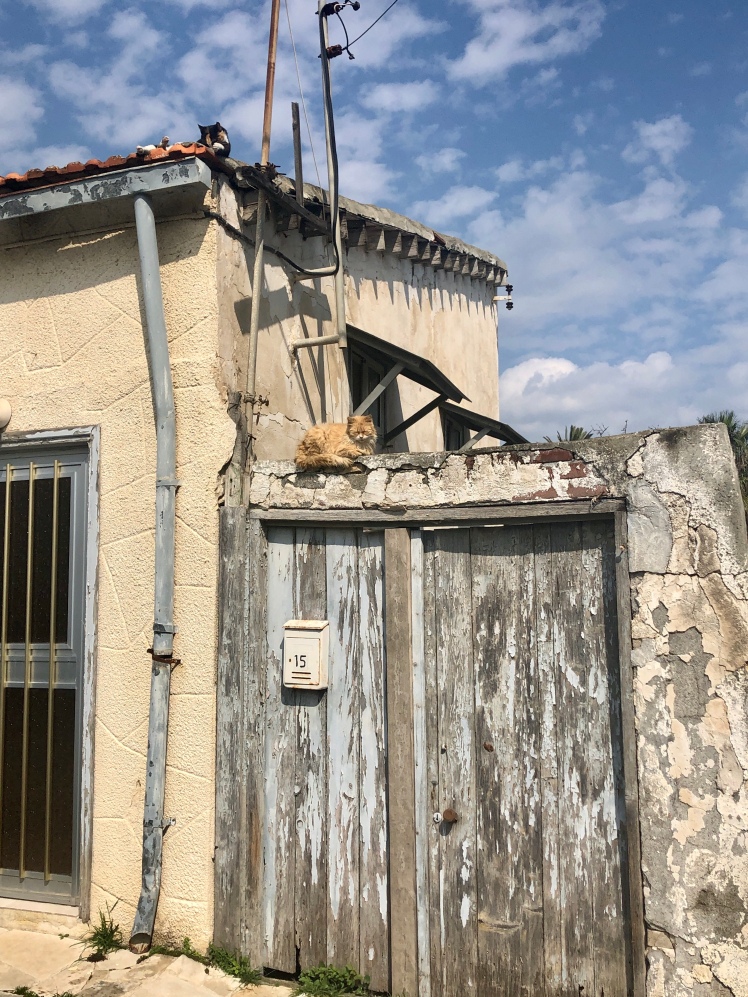 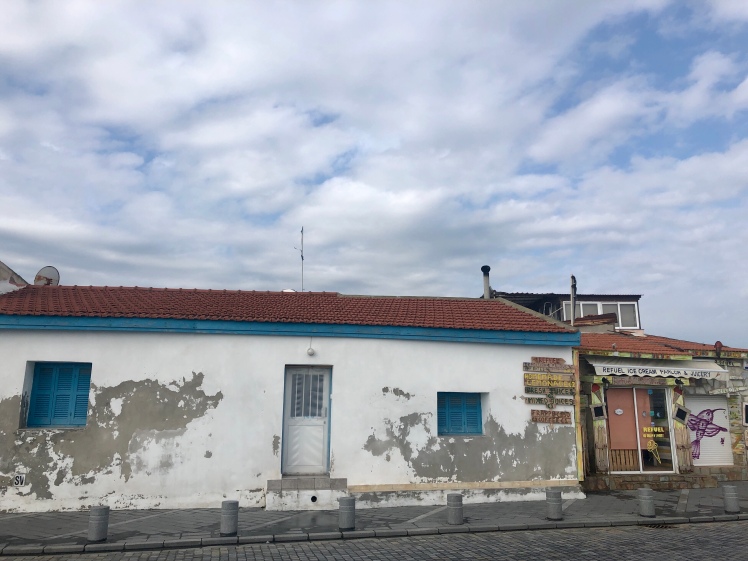 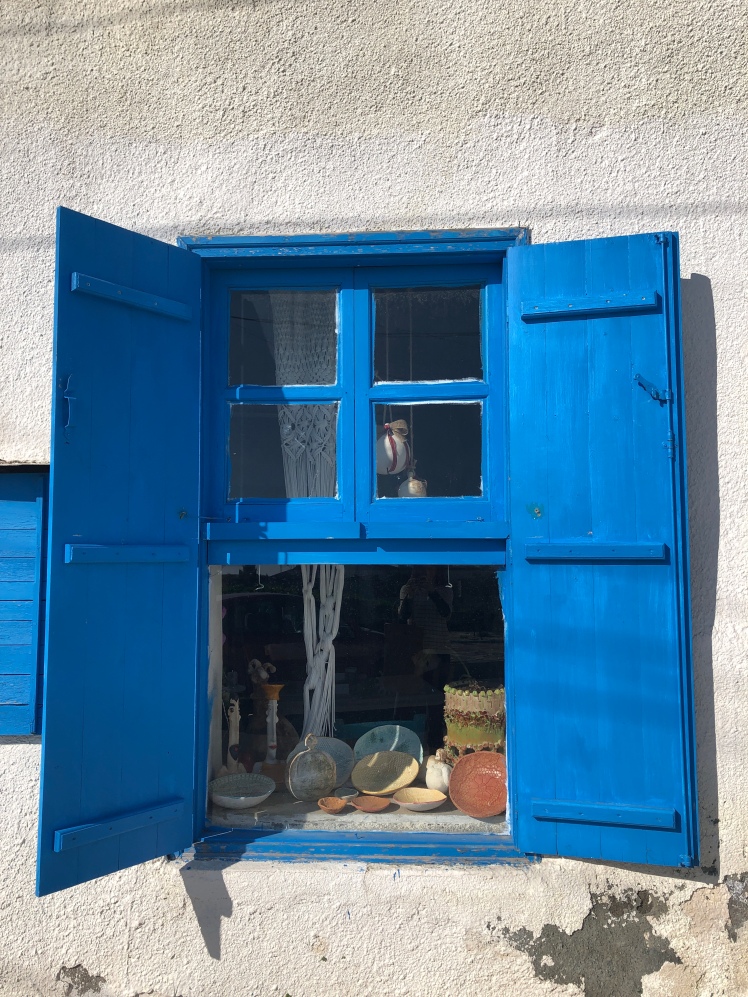 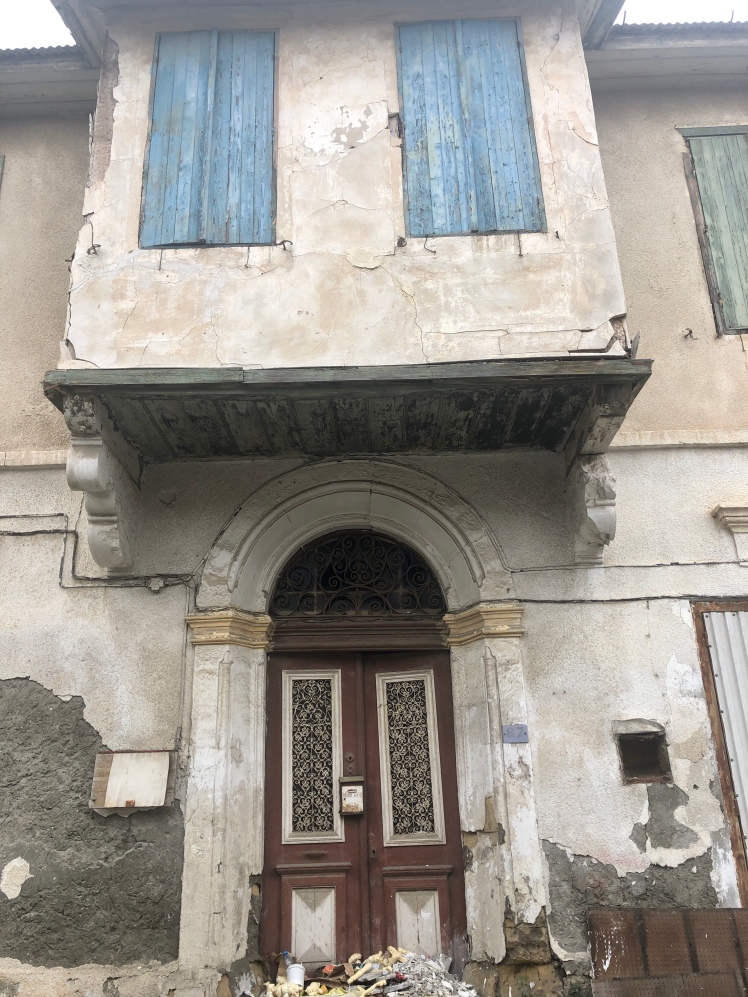 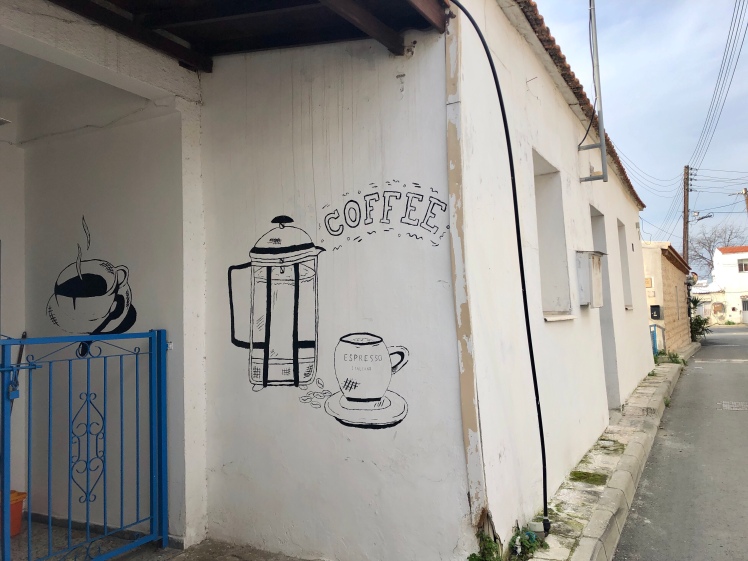 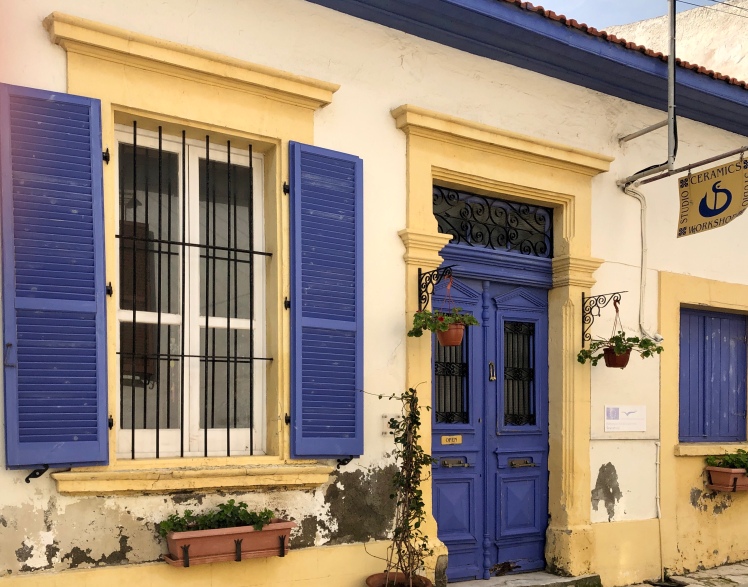 Today, the neighborhood has become a hub for craft ateliers and artisans.

Here are a few of these artists you should know about.

Michalis Michael, the artist who opened Emira Pottery over 30 years ago, welcomed us into his studio and within minutes began sharing techniques at the wheel.

He deftly demonstrated how he makes one of his signature pieces – what’s known as Pythagora’s Fair Cup. 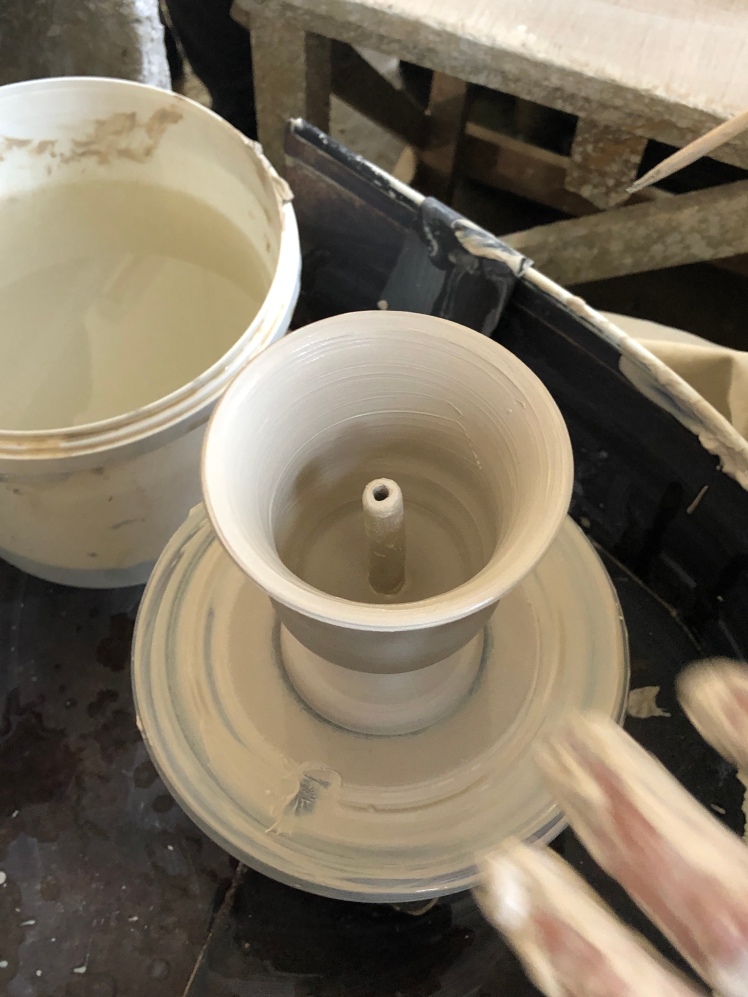 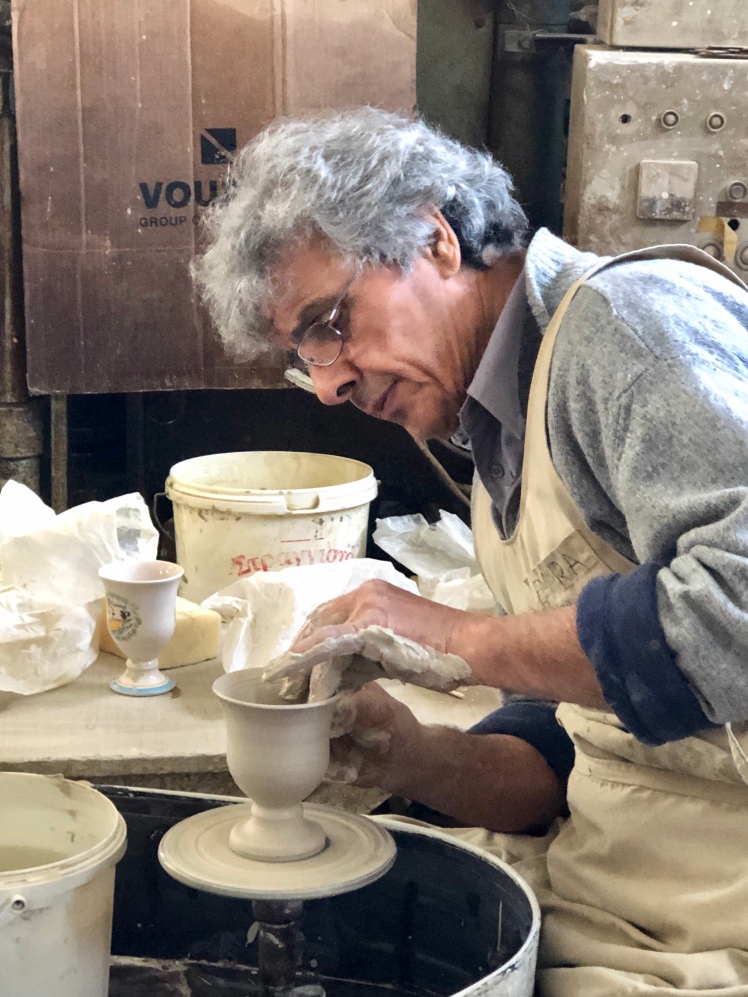 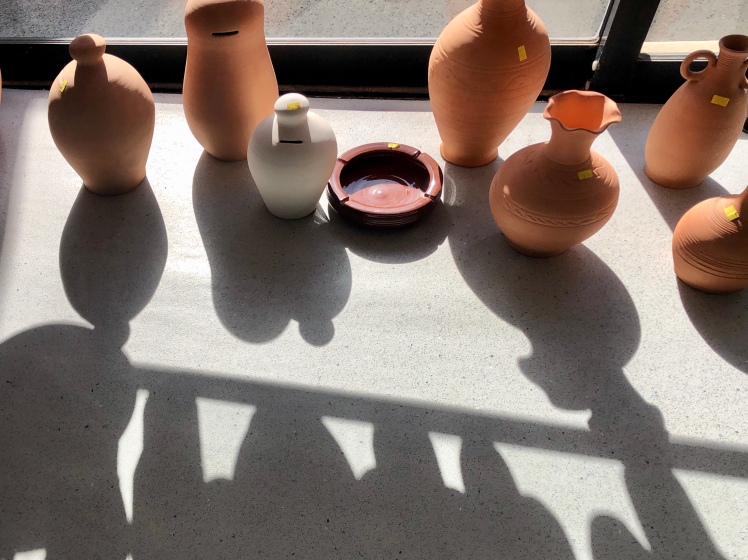 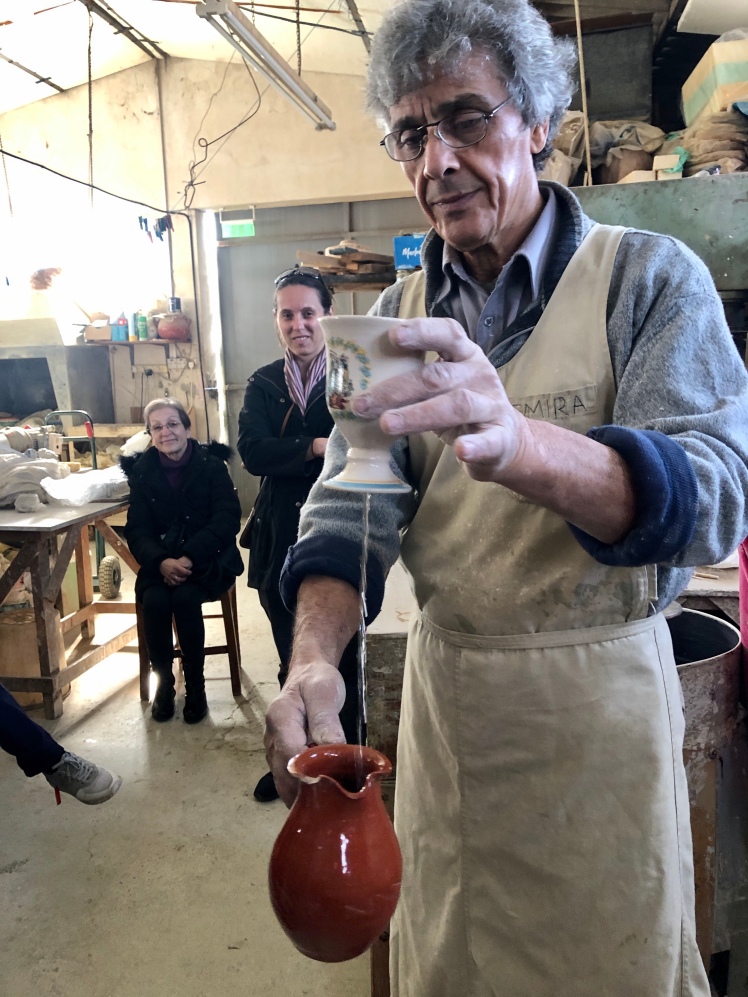 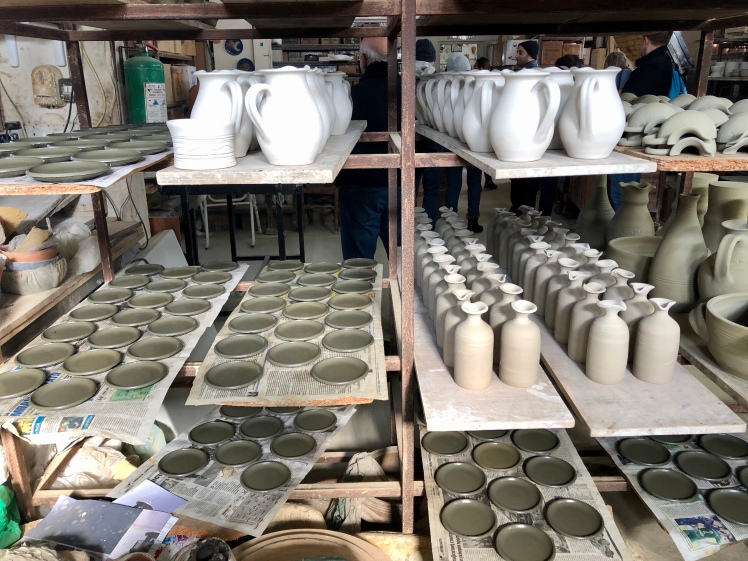 This fellow Pythagora was an ancient Greek philosopher and mathematician who focused his attention on…let’s say, daily matters. He engineered a drinking cup which could ensure equal pours for all.

Any cup filled with more than its fair share of wine, water or booze would release any liquid above the “fill line” through a hole in the bottom. What a waste of good drink, no?!

After reading about this magic cup, Mr. Micheal worked to recreate and perfect the technique. Now, he keeps this 2,500 invention alive by producing new cups, alongside gorgeous earthenware pots, vases and sculptures.

His light-filled studio and gallery is a must when visiting Larnaca (and, yep, I scored one of Py’s clever cups)!

In the second in this series of profiles from “Scala and Its Artists” walking tour, we visit the studio and gallery of Photos Demetriou in Larnaca, Cyprus.

The artist explains to me that his name “Photos” means light in Greek. I tell him clearly he had no choice then. He was destined to be an artist. 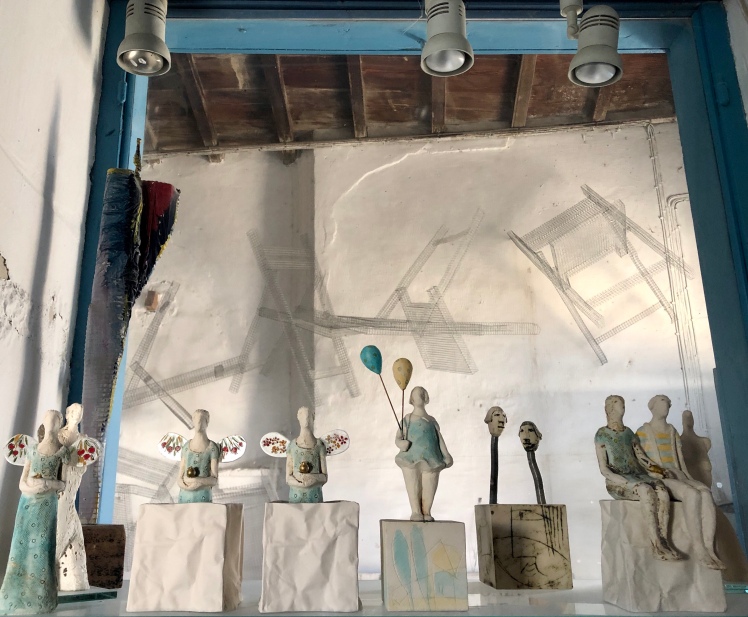 His work, equally sublime and surrealistic, fuses together different elements. Clay, glass and bronze bring his stunning figures to life. 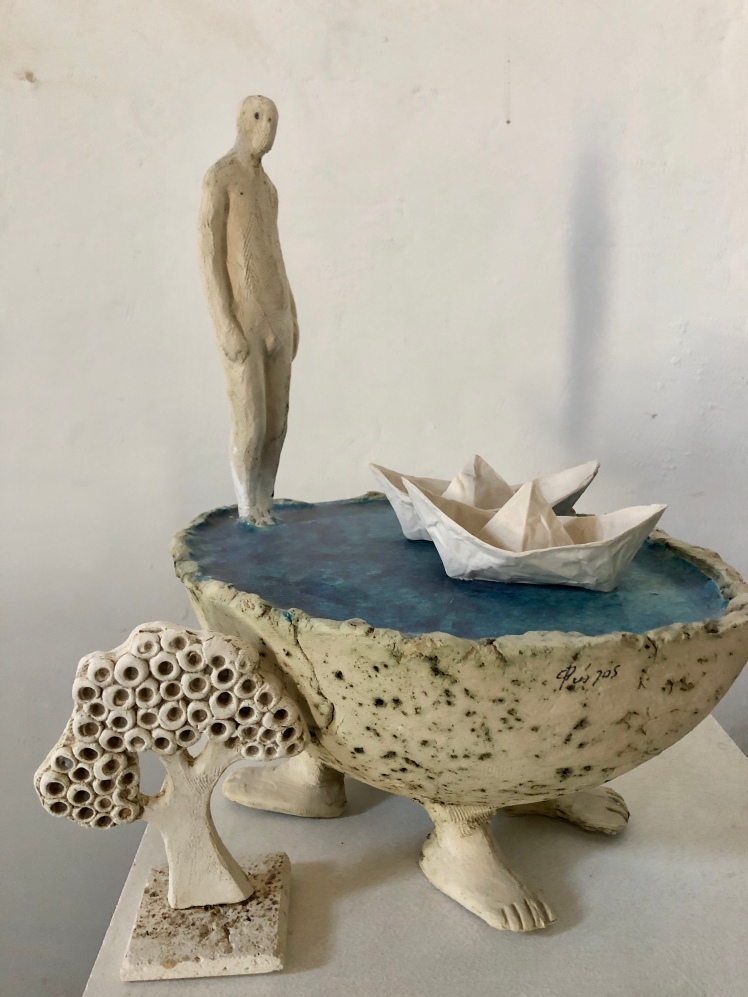 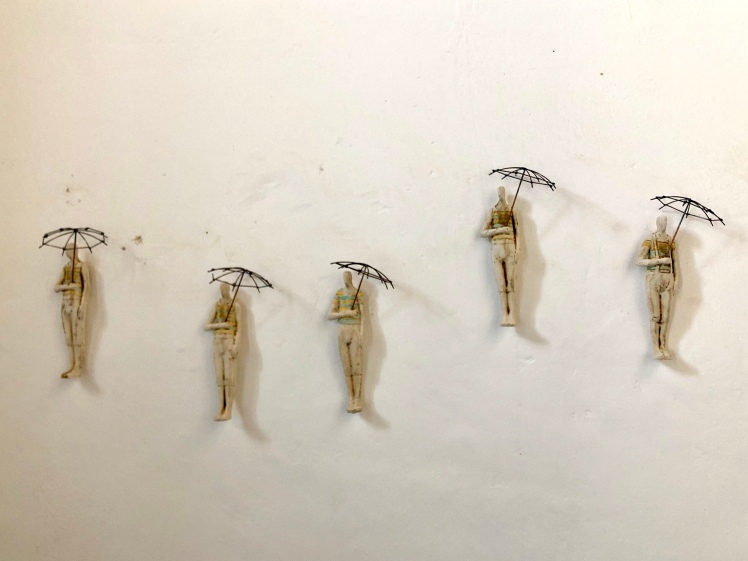 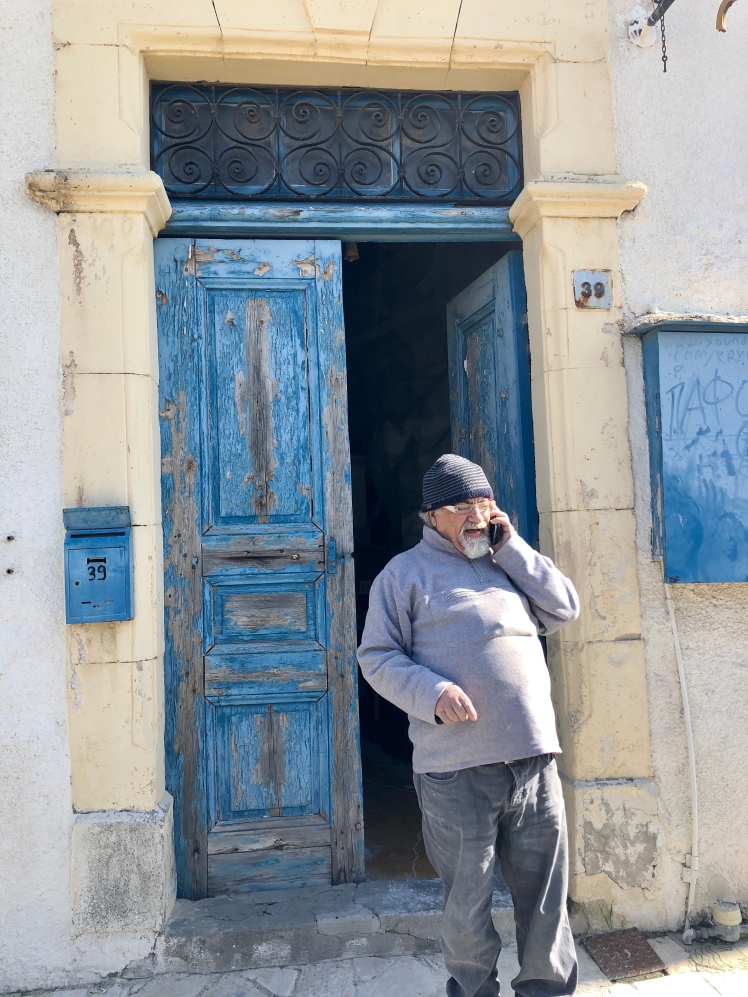 3/4: Along the walking tour, “Scala and its Craftsmen,” Cypriot ceramic artist Efthymios Symeou shows us how he creates and uses plaster molds to fashion traditional works. These works help to keep the island’s artistic traditions alive and relevant. 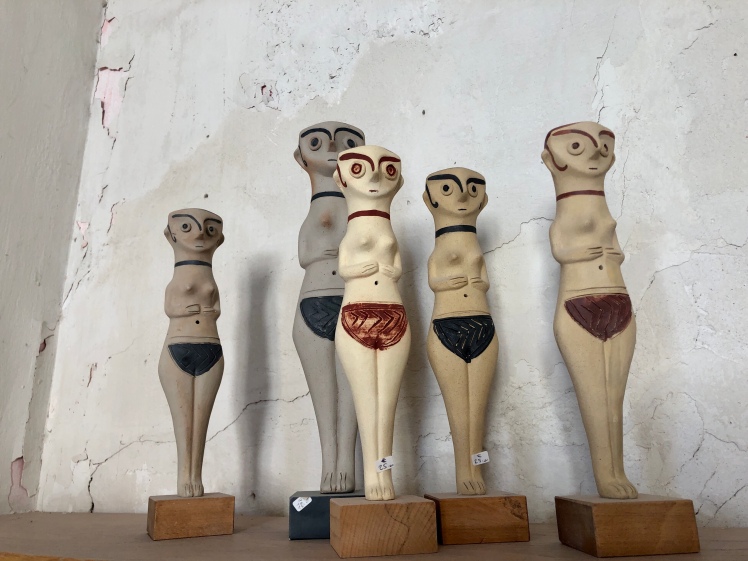 His studio produces pieces for museum gift shops and local handicraft markets. Symeou says these handcrafted molds can be used to create about 10 pieces each, before beginning to lose shape. Then, the plaster-shaping process begins again. 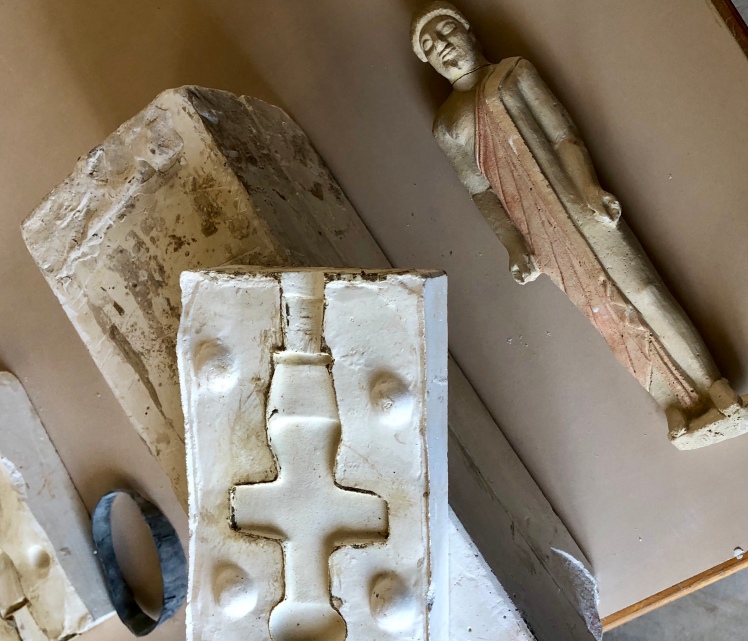 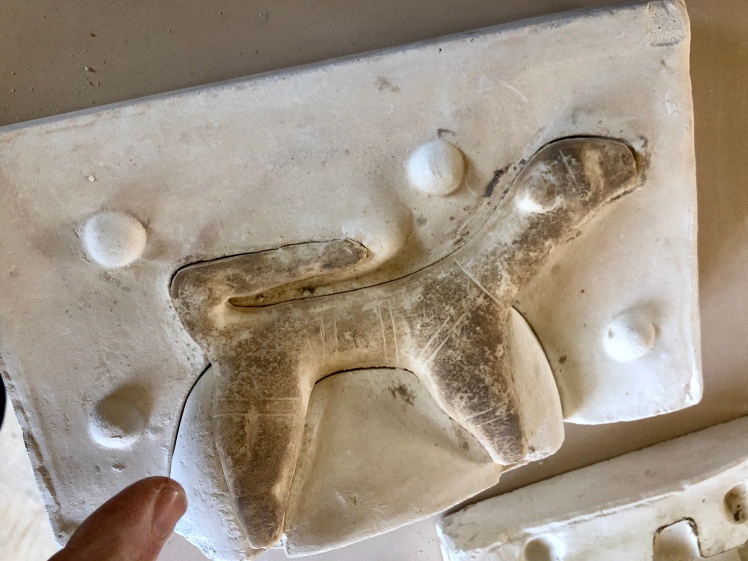 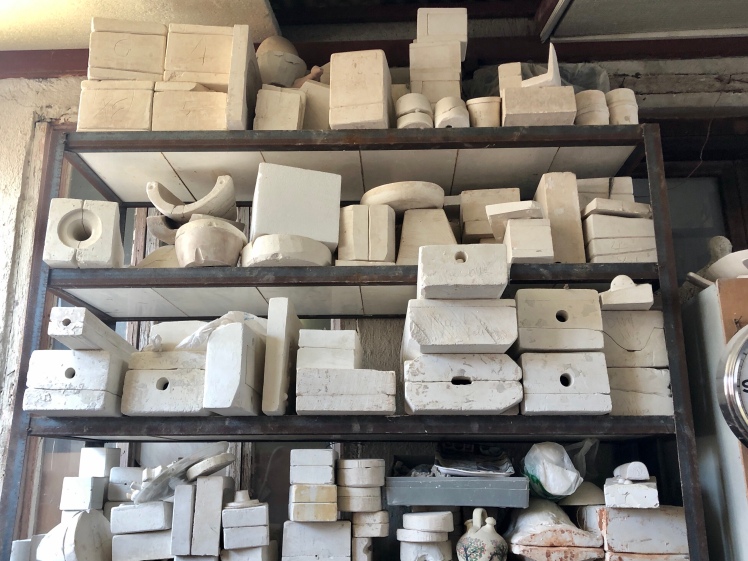 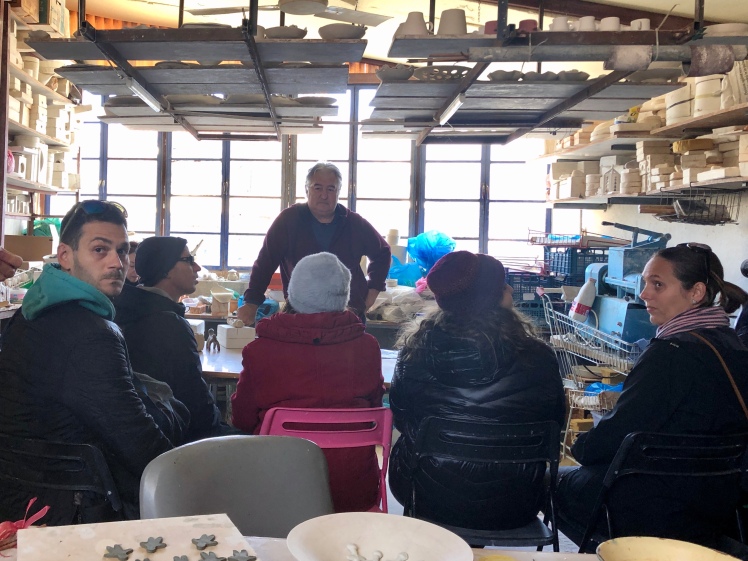 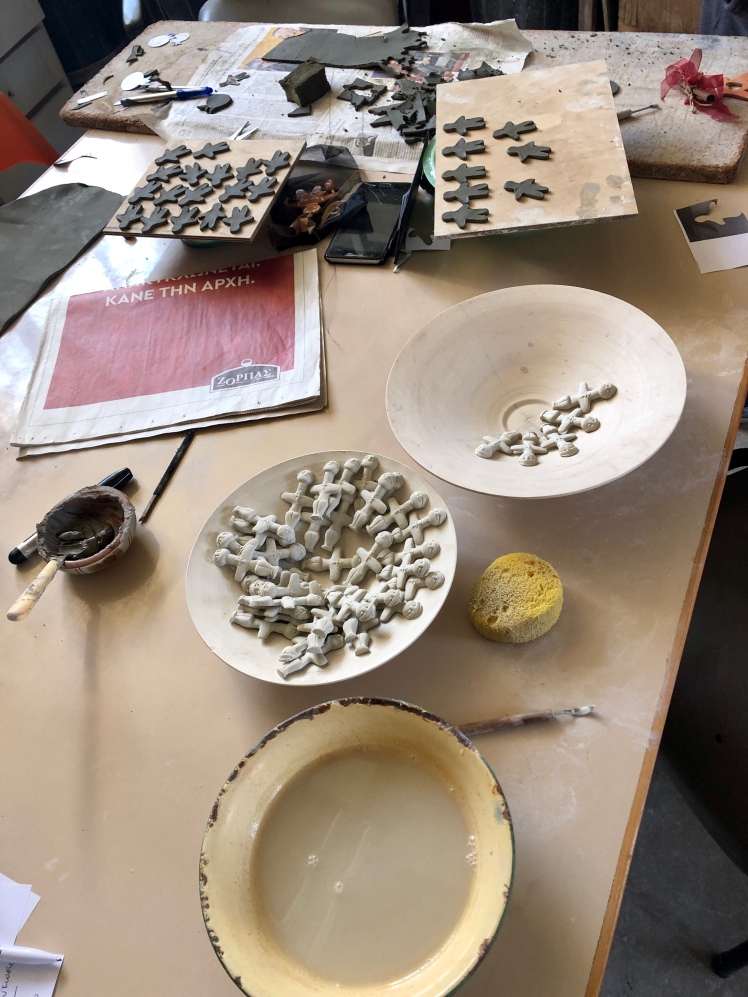 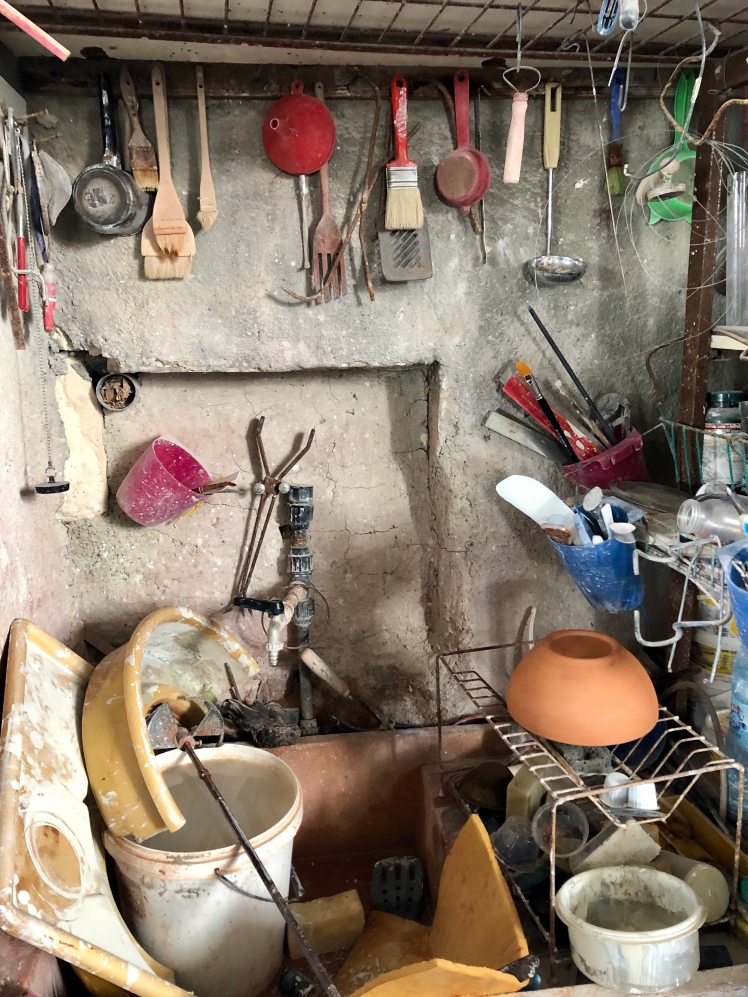 Check out behind-the-scenes of his production with these pics – I mean, just look at that mold collection! The process is fascinating and his studio is full-tilt inspiration.

4/4: The final artist spotlighted in this “Scala and it’s Artists,” is ceramic artist, painter and teacher extraordinarie, Christiana Charalambous. She is currently creating a commissioned work, a large-scale public art installation for the neighborhood’s newly designated Mediterranean Park. The work, which will stand three and a half meters tall, features a steel stalk supporting a canopy of the artist’s signature ceramic-sculpted flower petals. 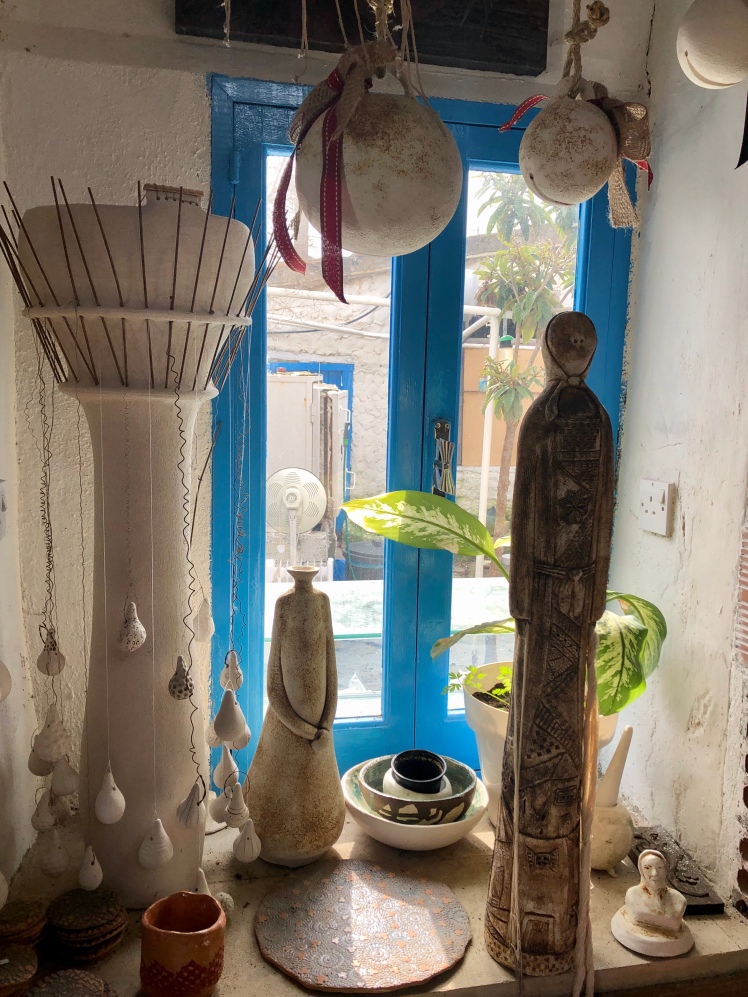 Hope you enjoy these pics of her inspiring studio – along with renderings and a model of her installation. 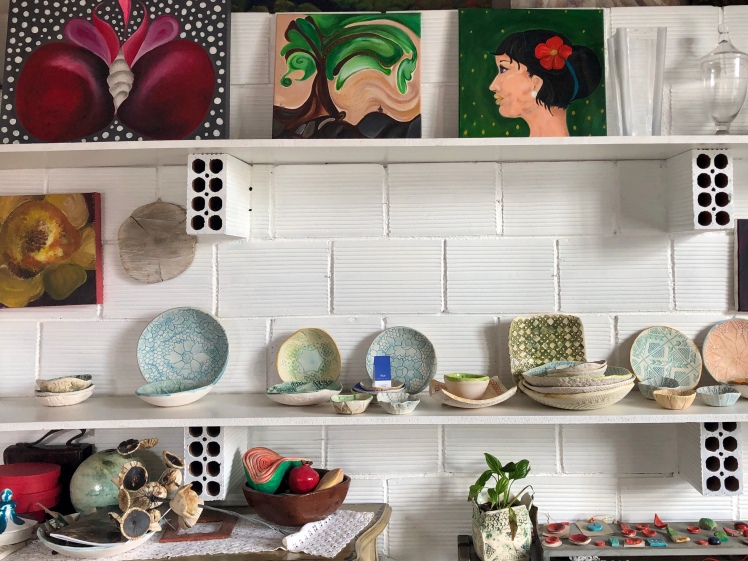 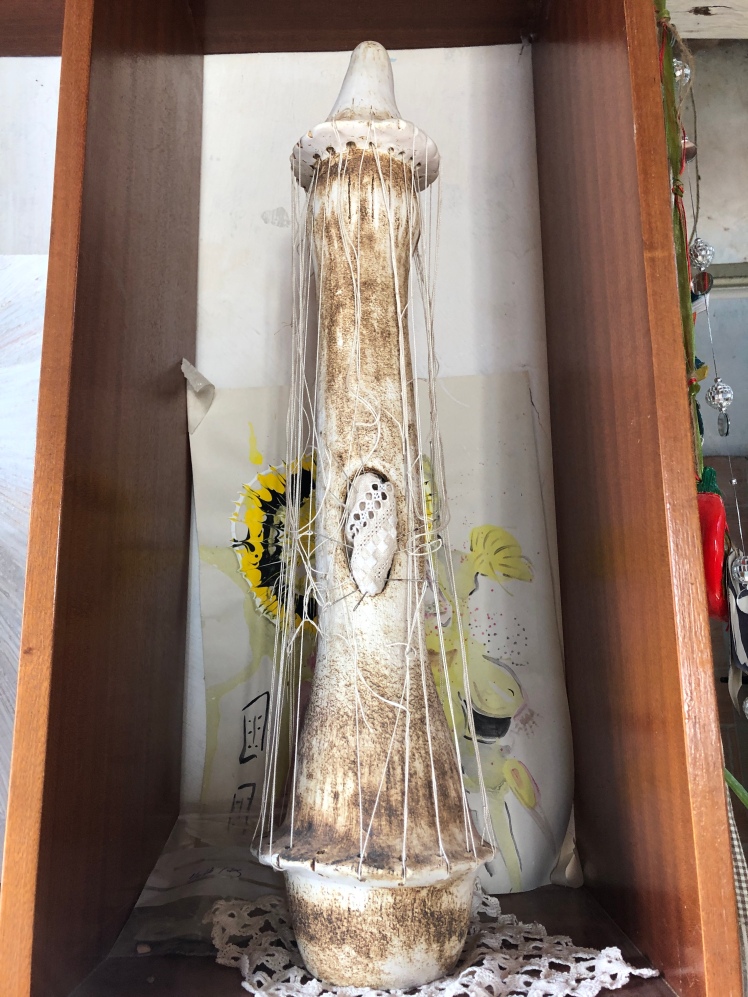 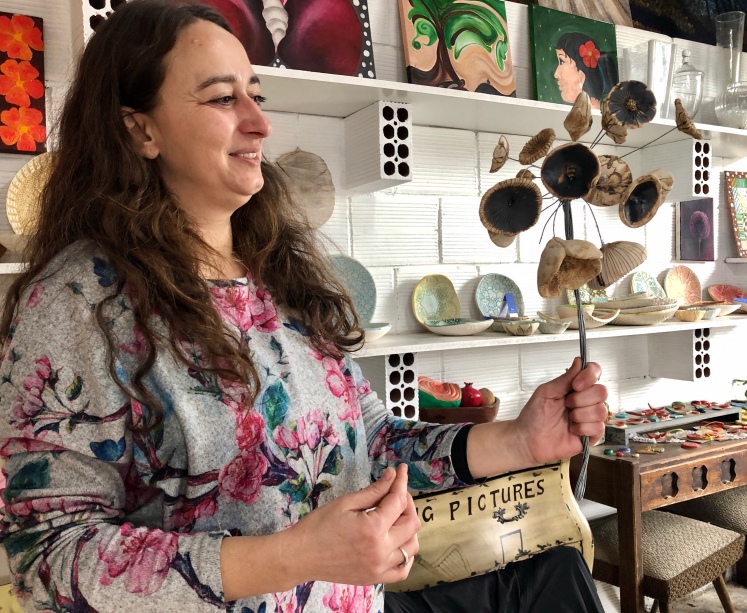 And, now that I’m her newest student – included is a pic of our first lesson yesterday. 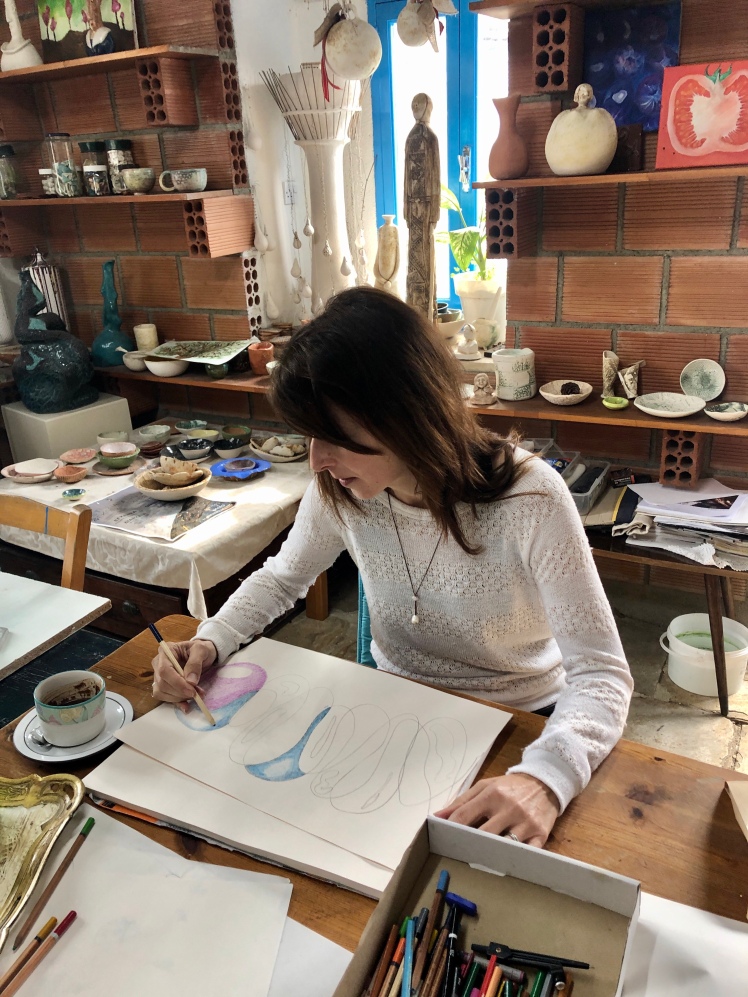 A little rain can’t dim Santa’s glow! #luccamagic
Night-light strolls, #lucca 🌙
Scenes from an afternoon stroll. 🤩 Some days, Lucca dazzles. (Okay, most days).
How cute is this guy with his bird? 😍
Wishing a very happy Thanksgiving to all who celebrate today, from our home to yours! I love this holiday, not so much for the food, but more for the opportunity to think, express, and share all the reasons to be thankful. And, let’s face it, any day that we are alive and kicking is a day to be thankful, true?
Just climbing towers as one does in Lucca. 🤗
And when the rain disappears… 😮 🍁!! Today’s light and shadows were spectacular.
Can I tell you how much I did not want to go to school this morning? This week has been cool, damp, and rainy and my mind wants to hibernate. But, early this a.m., we put on our rain boots, grabbed an umbrella, and headed out on the 30 minute walk to class. Halfway through, skies cleared (for the briefest moment) and I lifted my eyes to catch this scene. Sometimes I forget to…be grateful, stay present, and soak it all in, even when pouring rain. 🙌 7 more months to go = A2 completion. 💪 #lifeinlucca.